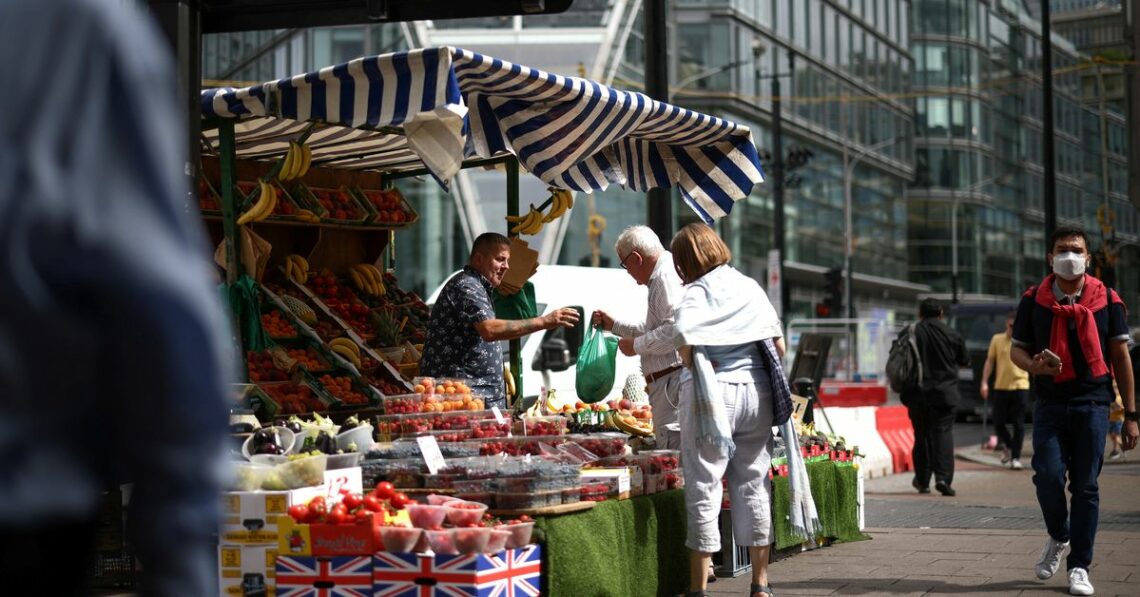 LONDON, Oct 28 (Reuters) – Fresh vegetables and fish are falling off the menu. Packaged pizzas and processed meat are the dishes of the day.

Many British households are turning away from healthier foods as rampant inflation pushes them towards cheaper processed meals, according to consumer data and experts who are worried about the nation taking a nutritional nosedive.

Joanne Farrer used to regularly serve her three children roast beef dinners or stews packed with fresh vegetables. Now she’s more likely to give them chicken nuggets and fries or sausages and mashed potatoes, which are “cheaper and filling”.

Her monthly welfare payment’s mostly swallowed by rent and the rising cost of gas and electricity.

“It doesn’t seem like there’s light at the end of the tunnel,” said the 44-year-old, who does voluntary work for a charity in the city of Portsmouth on England’s south coast.

As grocery prices rise across the board, the cost of fresh food has largely been outpacing processed and packaged products, according to the official UK consumer price index (CPI).

Meanwhile, salted or smoked meat such as bacon and crisps went up a slower pace of about 12% each, packaged pizzas rose nearly 10%, sugary snacks like gummies increased by 6% and chocolate increased by just over 3%.

Shopping habits are changing too, according to exclusive data from NielsenIQ, which created a basket of 37 food products for Reuters. Volume sales of fresh vegetables fell by more than 6% and fresh meat by over 7% in August, for example, while sales of snacks and candy rose almost 4%.

The data underscores the trend towards processed food implied by the CPI figures, which do not include sales, raising red flags for public health advocates.

“There is plenty of evidence that poor diets lacking in fruit and vegetables have serious consequences for health,” said Shona Goudie, policy research manager at the Food Foundation, a British charity that promotes healthy diets.

“We also know that cheap highly processed foods are the ones most likely to cause obesity.”

Packaged food products often contain unhealthy levels of salt, fat and sugar, plus flavour-enhancers and preservative chemicals to give them longer shelf lives, and are associated with higher risks of obesity, heart disease, type 2 diabetes and certain types of cancers.

Britain is already near the forefront of an “obesity epidemic” across Europe, where almost 60% of adults are overweight or obese, raising their risk of premature death and serious disease, according to a World Health Organization report in May.

Fresh food has become more expensive because it is more energy intensive to produce than packaged food made consumer goods companies such as Nestle (NESN.S) and Unilever (ULVR.L), which are also more able to absorb a hit to margins due to their scale.

So far this year versus last year, the average price of healthier foods such as vegetables and fish have risen by more than 8 pounds ($9) per 1,000 kcal in Britain compared with about 3 pounds for less healthy foods like bacon and crisps, according to data from the Food Foundation.

For some, the consequences of rising prices are dire.

Close to 10 million adults – or one in five households – are unable to put enough food on the table, with some skipping meals or going without for an entire day, the charity’s nationwide survey carried out in late September suggests.

Sharron Spice, a London-based youth worker, said people visiting food banks had stopped requesting fresh food because they worried about having to use gas or electricity to cook it.

She added that many parents would go for buy-one-get-one-free deals in supermarkets: “Cheap food like pizza and everything that’s unhealthy for you, basically.”

The country is not alone in facing an inflation crisis that descended in the wake of the COVID pandemic and has been deepened by the war in Ukraine.

More than half of consumers in the UK, France, Spain, Germany, Italy and the Netherlands have cut down on essentials, such as food, driving and heating, according to a poll by market research firm IRI this month.

Britain’s economic health has also been complicated by its messy withdrawal from the European Union, and bruised by a period of political mayhem that’s seen three prime ministers in three months.

The Downing Street drama, which spawned a rout of government bonds that pushed up mortgage costs for many families, is frustrating for those struggling to make ends meet.

It took less than a year for Alex Spindlow to lose everything after the pandemic left him out of his job selling merchandise for concerts and caring for his 99-year-old grandmother. Before he could get back on his feet, inflation sent his costs spiralling and left him mired in debt.

“I have been eating nothing but toast with 39 pence loaves of bread for lunch about a week now, with things like super-cheap pizza for dinner,” said the 42-year-old from the town of Basingstoke in southern England.

“I’ve lost a lot of weight eating less. I’m getting less nutrients than ever,” he added. “It makes it harder to think and I have just got a new job and training is tough. My arms are as thin as when I was a teenager.”

Mark Mackintosh, a marketing manager and father-of-two who lives near Oxford, is aware that his family is more secure than many others, but he’s still struggling to budget for a weekly shopping bill that’s nearly doubled compared with two years ago to more than 150 pounds.

“Yes we are buying less fresh food, as this helps us plan meals,” said the 39-year-old, who has also cut back on energy usage and is cancelling his gym membership. “If fresh food is cheaper then we’ll get that, but it’s not often on offer.”

“There isn’t much room to go lower,” he added. “I’ll try to grow some of our own veg in the spring of it works out as most cost effective.”

“An extremely bad effect of this is that it is hitting lower-income households hard – this is pushing people towards unhealthy food,” he added.

Eilis Nithsdale, a 29-year-old clinical practitioner in the city of Leeds in northern England, can afford fresh produce but is feeling the price pressure.

“Today, by the time I got all my fruit and vegetables, I’d spent over 10 pounds – that was probably 3.50 pounds more than before.” 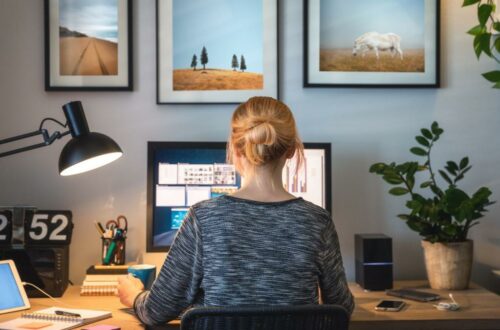 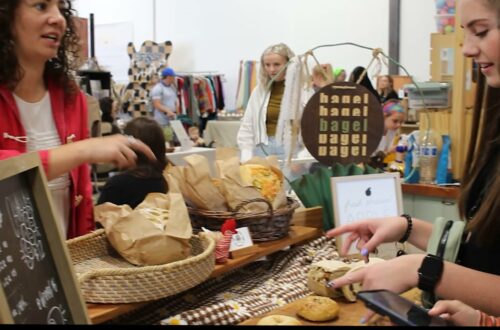 All-women’s market helps women in business and the community – The Daily Universe – Universe.byu.edu