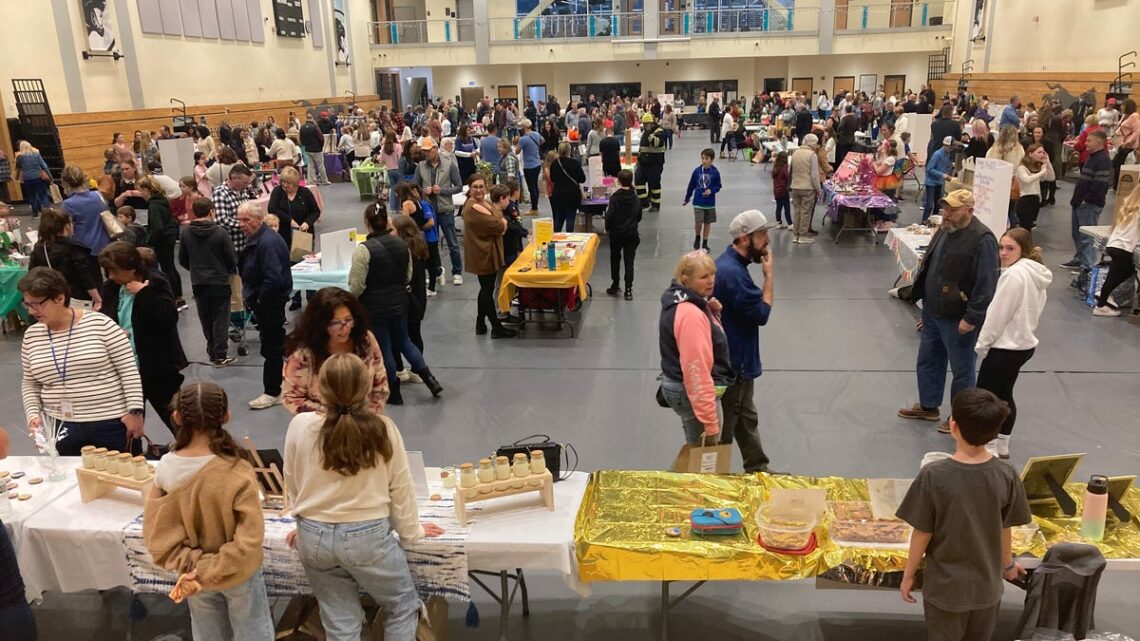 PLYMOUTH – Hundreds of local children learned lifelong lessons in entrepreneurship Thursday while earning some nice change in the process.

The second annual Plymouth Children’s Business Fair was moved this year to Plymouth South High School to try to accommodate the mob of customers. Some 265 fifth graders, more than twice the number from last year’s inaugural fair, participated, setting up booths that stretched from one end of the school to the other, filling both the school gym and cafeteria.

Fifth graders from all eight of the town’s elementary schools created businesses for the fair. Working with volunteers from the local business community, they developed business plans earlier this fall and then made and marketed goods and services for sale.

Students sold a variety of handmade jewelry and artwork, an assortment of cakes and cookies, pet treats, sports memorabilia, candles, soap, honey and just about anything that seized their imagination. They put it all up for sale Thursday night and, for two hours, the school was abuzz with buying, selling and learning.

Stephen Cole, executive director of the Plymouth Regional Economic Development Foundation, which co-hosted the event, said police estimated that as many as 4,000 people went through the school during the two-hour fair.

One student developed his business plan after going to the waterfront festival with his mother last summer and seeing a vendor selling homemade soap for $7 a bar. The boy researched the process, assembled the ingredients and made his own soaps, which he sold for $3.50 a bar.

Another student harvested honey from his grandfather’s hives in Carver and sold jars for $12. “He sold out, and he wasn’t the only one,” Cole said. “There was some phenomenal activity last night. A lot of money changed hands.”

Cole said he spoke with several students who pocketed in excess of $500 in profits from their night’s work. Assuming that every student earned only half as much money, more than $50,000 was spent during the fair, he said.

Organizers originally planned to hold this year’s fair at Memorial Hall to accommodate the crowds, but then realized they’d need even more room and shifted the venue to Plymouth South. Cole said an even bigger venue will be needed next year if the fair continues to grow. “This is proof positive that Plymouth needs a conventions center, when you can’t hold a fifth grade event,” he said.

Cole said the event builds workforce development skills that participants will never forget and opens the opportunity for career paths that the foundation looks to instill in young minds. The promise of profit is a strong incentive as well.

“There’s no better opportunity than this event to teach kids about responsible behavior, money management, giving back to the community and creating a product that gives value, raising some money for themselves in time for the holidays,” Cole said. 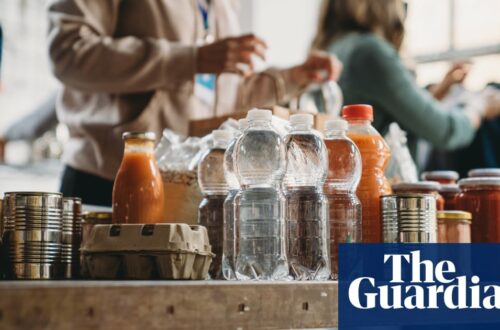 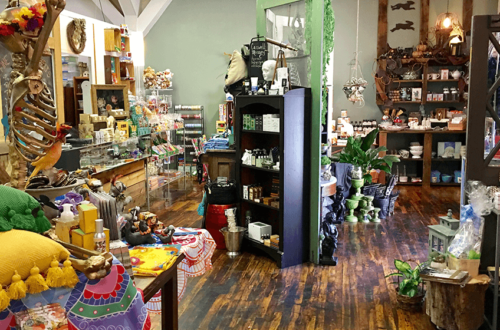 Where to Sell Handmade Items Locally 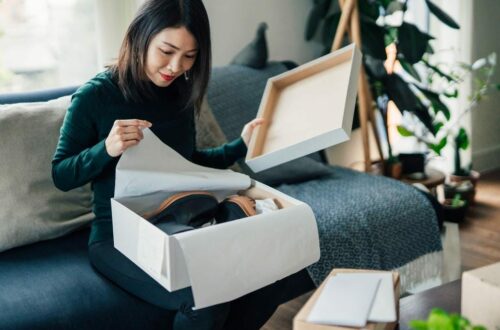