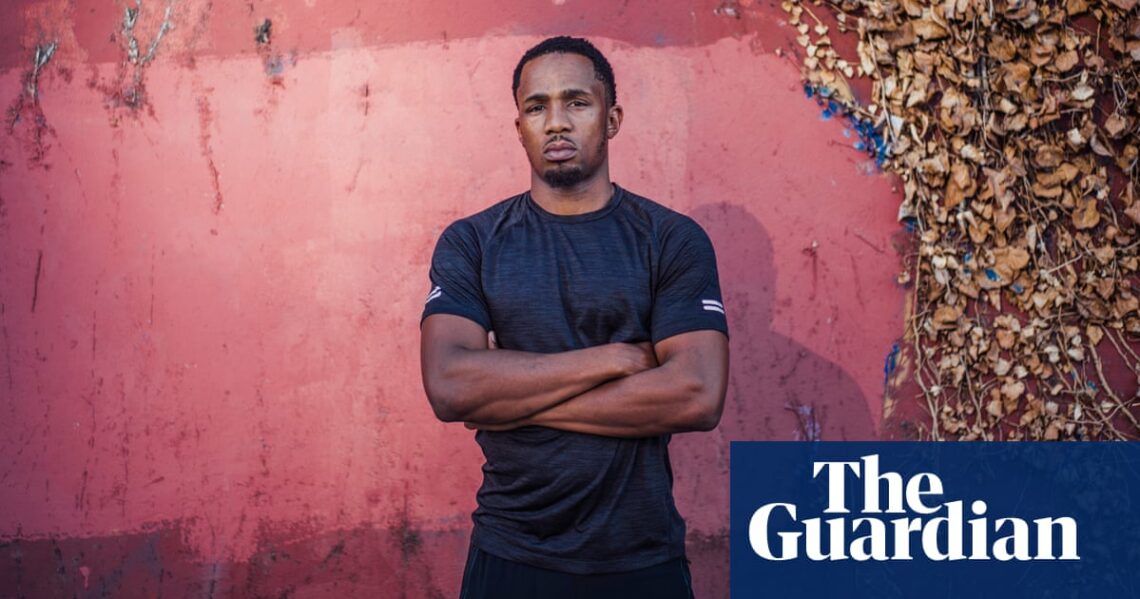 “Obviously, I made a mistake,” CJ Ujah says quietly, as he breaks his 14-month silence on the failed drug test that led to Team GB’s biggest Olympic doping scandal. “But people make mistakes. I am not a cheat.”

As all that pent-up frustration and pain begins to uncoil, revelation follows revelation. How it was a basic amino acid supplement – bought off Amazon for £10 during lockdown – that caused his positive test in Tokyo. How he thought the email telling him the news was a hoax. And, just as remarkably, that he was not tested in the buildup to last year’s Games, despite being among the world’s leading sprinters.

Speaking exclusively to the Guardian shortly after hearing he has been banned for 22 months by the Athletics Integrity Unit, Ujah also discloses the message he gave to his British 4x100m relay teammates – Zharnel Hughes, Richard Kilty and Nethaneel Mitchell-Blake – after they also lost their Olympic silver medals through no fault of their own. “I told them: ‘Listen, I wouldn’t jump on a flight to Tokyo knowing I could put you in a bad position. I wouldn’t do that.’”

Ujah, it turns out, had been taking a contaminated supplement for weeks before the Olympics. But because his final drug test was in May 2021 – close to three months before they started – it was never pinged until after he competed in Tokyo.

He pauses. “You know what? I wish I had been tested right before the Olympics, so that I never went. That way, I would never have put these other three guys, my teammates, through what they went through as well as myself.”

The rogue supplement, Ujah says, was beta alanine – a naturally occurring amino acid that slightly increases the amount of time an athlete can perform high-intensity exercise, such as sprinting. There is nothing wrong with using it, at least in theory. It is legal under World Anti‑Doping Agency rules and can be bought in any high street health store. However, Ujah, it turned out, was sloppy and unlucky.

Sloppy, because he did not check the brand he chose was approved by Informed Sport, which guarantees a product is batch‑tested for prohibited drugs before going on sale. Unlucky, because his supplement contained trace amounts of two selective androgen receptor modulators on Wada’s prohibited list: ostarine, used to treat muscle wasting, and S-23, which promotes muscle growth.

Under Wada’s strict liability rules, an athlete is responsible for any substance found in their body. That left him facing a four-year punishment. However, on Monday the AIU issued a 22-month ban after a thorough investigation established Ujah’s anti-doping rule violation “was not intentional as a result of his ingestion of a contaminated supplement”. In other words, he was foolish, but he was not a cheat.

“I was a firm believer that the truth would come out in the end,” says Ujah, who can start competing again in June. “But the hard bit is that I feel like I’ve been on mute for over a year and haven’t been able to defend myself. Some people were thinking, ‘this guy is hiding’. I wasn’t hiding. I was going through a legal procedure where I couldn’t comment.”

But now he is free to talk and tell his dramatic story, as well as answering the tough questions. Including how could someone who has competed internationally for a decade, and was good enough to win the Diamond League title in 2017 and numerous relay gold medals, make such a catastrophic error?

“I think complacency set in,” he says. “During the pandemic I relied a lot on Amazon, rather than using the people and resources around me. It was just convenient, with next-day delivery. And I didn’t think anything was wrong with it.”

But you sat through numerous UK Anti-Doping and UK Athletics education briefings. You knew the risks. “Many athletes see supplement education as a box‑ticking exercise,” he says. “And while I’m not going to call anyone out, a lot of athletes use supplements that are not Informed Sport because they don’t think anything bad could happen to them – until it does.”

Ujah winces when he is reminded that his teammate Kilty called his behaviour reckless. “Reckless is a harsh word,” he says. “I saw the criticism from Kilty and I can’t blame him. He’s got a family. He’s got kids. So I do sympathise with him and understand the position he’s coming from.”

He knows, too, that not everyone will welcome him back. “You do all these good things in your career and suddenly everything is put into question. It does hurt, especially when you train so hard to be the best. But I do get it. I’m not naive to the situation.”

With that we return to the final Saturday night of the Olympics when Ujah, who remains the youngest Briton to run the 100m in less than 10 seconds, ran a storming first leg before Team GB’s 4 x 100m runners missed out on gold to Italy by 0.01sec. The width of a vest. The blink of an eye.

Ujah remembers there was intense disappointment, at least initially. But then everyone went to a park, where athletes from dozens of nations had gathered, and waves of happiness overtook him. He remembers not sleeping at all that night. And thinking to himself: this is the biggest moment of my career.

But five days later, on 12 August, Ujah received the news that sent him into a dizzying freefall. He was hanging out with Mitchell-Blake when an email arrived telling him he had tested positive. “I thought it was spam,” he says. “I was with Nethaneel at my house and he was talking to me, but I was zoned out on my phone. Then I saw an email, with doping in the subject line, and I said to him: ‘Read this.’”

Mitchell-Blake wasn’t convinced it was real, either. After all, wouldn’t UK Athletics or Ukad have called first? Ujah remembers phoning around, trying to get answers, but no one picked up. Twenty minutes later, hell broke loose. “I had no clue it was coming,” he says. “There was such a tiny margin between the timing of when I saw it and when they publicly released it. It was a massive shock.”

For the next six weeks, Ujah largely became a hermit in his parents’ house, trying to process what had happened. “The hardest moment was when I first saw my family,” he says.

“Someone said to me recently: ‘You’re going to need to be prepared for the next wave of when this all comes out.’ But nothing can get worse than that day.”

Ujah knew he was not a cheat. The challenge was proving it. Where do you go when your world is caving in and you are facing a ban that could end your career? “I was even thinking: ‘Was something tampered with?’” he says. Fortunately, he had a mentor and friend who not only believed in him but funded the legal support and testing of supplements that helped to clear his name. “He doesn’t want to be named, but without his help I might have been in a very different place.”

Within days, Ujah’s supplements and vitamins had been sent for independent analysis to Informed Sport at a cost of £700 a time. Initially, the first batch unearthed nothing. But on 23 September, Ujah received another email that changed his life again. The lab had found ostarine and S23 in his beta alanine.

Ujah had his hair and nails tested and analysed. The results, he says, show the levels of both prohibited substances in his body were never significant enough to have benefited his performance.

With the wheels of justice in the anti‑doping world cranking slowly, Ujah remained in limbo. The first case against him, involving the International Olympic Committee, was resolved in February with Team GB losing its 4 x 100m silver medal. The second concluded on Monday, with the AIU’s announcement. It means at last Ujah has closure. Hope, too.

But the past 14 months have been hard. Sponsors have evaporated. Money has been tight. He has kept fit by going to the gym and track regularly and even by running up to 10km on a treadmill. He has, he says, grown up and promises to use what has happened to fire himself to greater glories when he returns. He sums up his new attitude succinctly: “To get to paradise you have to go through hell.”

But Ujah also wants others to learn from his mistakes and has promised to talk to junior British athletes about his mistakes as part of the rehabilitation process. The message, he says, might be better heeded when it doesn’t come from someone in a suit.

He also acknowledges the support of many of his fellow athletes, including Mitchell-Blake and Rhys Prescod, who have been there in the dark times and publicly forgiven him. “These guys know me as a human being, regardless of sport. They can go out there and say I wouldn’t do something like that because they know who I am as a person.”

Another mentor is Fred Kerley, the world 100m champion. “He checks in on me quite a bit,” Ujah says. “We talk all the time. Thirty minutes after he won gold he FaceTimed me. What spurs me on being able to compete with my friends again and getting back to the top.”

Ujah has set up an app that shows the number of weeks left before his return – 33 and counting. If all goes well, he hopes to put things right by helping Britain to win gold at the world championships in Budapest next summer. “I’ve got to prove myself more than ever,” he says. “Come back better, too.”

With that, a few final questions remain. Are you still taking supplements? “I’m taking nothing.” Not even protein powder or creatine? “I don’t take anything. In the future, I’m going to look to get everything from natural foods. Because I’m scared. I was even scared at one point to take paracetamol. You just become frightened of putting anything in your body.”

Ujah has learned that lesson the hard way. Now all he is asking for is a fair hearing. And a second chance. 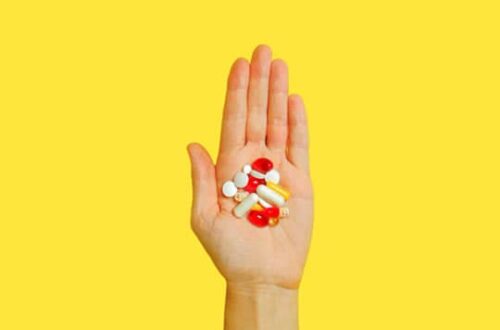 These Vitamins In Excess May Triple Autism Risk 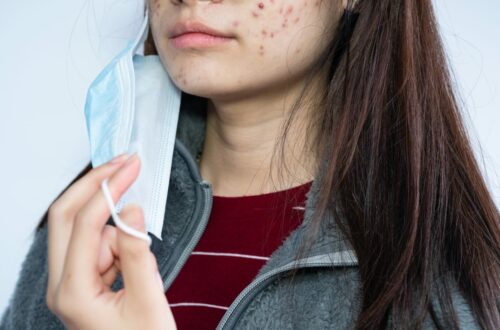 Is Your Face Breaking Out Under Your Mask? Here’s What To Do About It, According to Experts 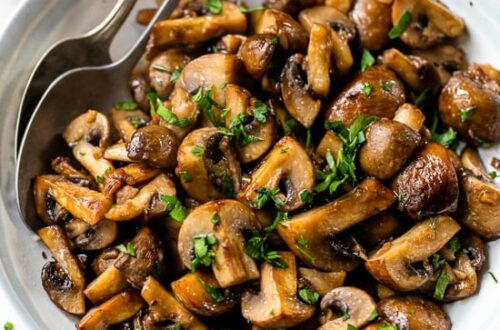